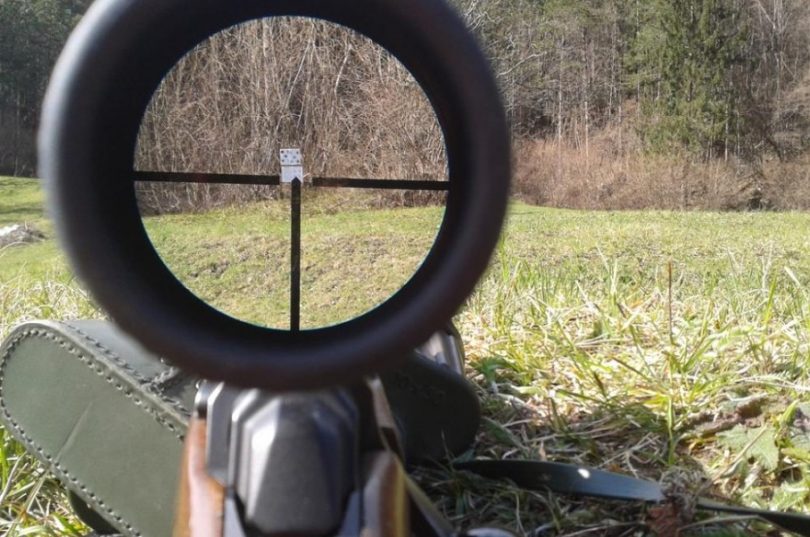 Hunting deer is such an American thing to do!

Every time we go huntin’, we feel proud of being citizens of the land of freedom.

Get your rifle, get your pickup, get to the wilderness, get yourself a deer, get a brew and a barbecue, that’s our idea of the perfect weekend.

With the advancement in optics and technology, we’re blessed to have scopes, and we’ve become dependant on them to the point where we can’t imagine hunting without them.

But, which one should you buy?

There are so many of them on the market, so to help you make your decision, here’s a quick guide on picking the right scope!

The best scopes today have gotten ridiculously expensive, with some of them retailing in the 200-300$ range! For a scope! Do yourself and your wallet a favor and decide whether you need that expensive scope for shooting a poor deer.

A proper scope retailing under 100$ is enough for most game-hunting needs, and anything too expensive is meant for sniper operators who shoot for a living or for a trophy (no, not the kind you have stuffed and hang on a wall), not for ol’ Jim and his beer belly!

Optics-shoppers often place too much of an emphasis on brightness, ignoring other more important aspects of scopes. The law sets a limit on scope brightness anyway, so getting one brighter than the threshold is inviting trouble from the game warden.

Besides, brightness is an overrated aspect of buying a scope. While it is important, most scopes will let you shoot between the first and last legal lights anyway, making super bright scopes redundant.

Therefore, don’t chase oversized main tubes. While useful for zoom, they do not affect brightness, and a 34mm tube is useful only for reticle adjustment, not a brighter view.

Well, we’d hold off on shiny, because nothing lets a deer know that it’s about to become dead meat more than the glint of sunlight reflecting off your shiny new scope and directly into its eyes.

Try to disguise your scope with camo paint, using leaves or cut-outs as a template. Make sure to paint over the body only, lest you may render your scope useless (use cardboard cut-outs for the lenses).

A lot of scopes these days are available in matte paint, which is best for hunting, especially during the daytime.

4. When The Going Gets Rough…

…you need a scope that’s tough! The wilderness isn’t a controlled environment like a corporate office, and if you’re hunting game, be ready to change your position several times, as deer don’t exactly stand still and wait for you to shoot.

Bangs, bumps, and dents are inevitable, and a scope that breaks at the first hint of abuse isn’t going to do wonders for your hunting’ game,’ so rugged scopes like the Bushnell Elite 4200 are strongly recommended.

So, a 10x scope reduces a 1000-yard object to a 100-yards, a 20x scope to 50-yards, and so on. Too much zoom will prevent you from making quick adjustments and hunt deer who are on the move, and you’ll have to deal with the bulk and the weight. Get yourself a scope that’s just right and made for hunting deer, not rats. Learn more about magnification here!

…is more subjective than you think. While it is true that a bigger objective lens yields a greater exit pupil, remember that the human eye, after dilation, cannot handle an exit pupil greater than 7mm. If you buy a huge objective lens, it might prove to be redundant and a source of bulk, weight and cost.

Therefore, if you’re aiming for that ideal 7mm exit pupil, aim for a 10x-70mm (or thereabouts) combination.

It’s okay, remember this while buying a scope. Brightness is an somewhat overrated aspect of scopes, and sharpness an underrated one. Also known as resolving power, sharpness helps you distinguish that slimy deer from a heap of brown leaves.

So, ask yourself, do you want all that brightness in your scope, or do you want to be able to pick out a deer from the foliage from just a glimpse of his hide? Of course, that’s where sharpness comes in.

Not to be ‘that guy,’ but illuminated reticles don’t light up objects. Disappointed? Well, you shouldn’t be, because we just saved a ton of cash by preventing you from buying the latest illuminated scope, because you probably do not have any use for it.

An illuminated reticle only lights up your sight in the dark, meaning you can see the markings and indications on your scope, even at night, but, alas, the deer you’re checking out will not be illuminated (it’s not night vision… yet).

If an illuminated target is what you’re after, you’ll need maximum light coming in through the scope (a little like the exposure on a camera), and multi-coated scopes work best for this.

Choosing a scope is not an easy task, and scopes are more complex than we take them to be, utilizing the latest in optical technology to provide the perfect view for that perfect shot.

While they are complex, with a little research, you can end up with the ideal scope that doesn’t cost a ransom, and this guide lets you know all you need to look out for.

This site uses Akismet to reduce spam. Learn how your comment data is processed.

A lot about Sports & A little about my life